WHAT CAN YOU DISCOVER IN THE NORTH EAST OF VENICE? 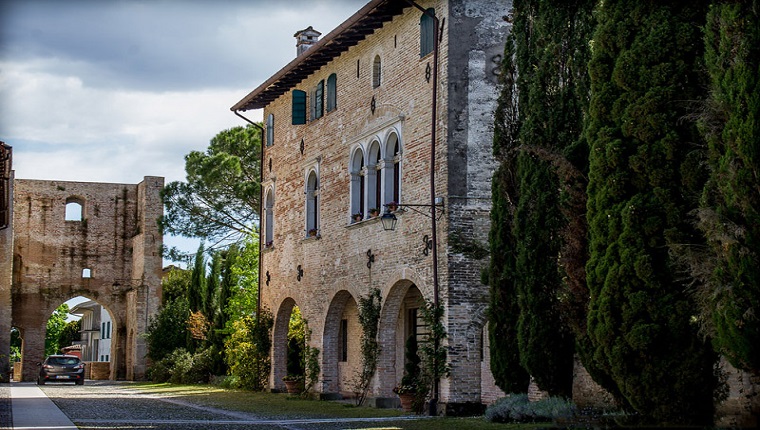 Called FRIULI VENEZIA GIULIA,  this region with five languages, four national parks, charming towns, Alps mountains, fascinating history, extraordinary hiking and fabulous food and wines, has all the ingredients for an unforgettable vacation. It is the perfect destination for travellers looking for immerse themselves in the local culture and get in contact with the local communities.

AQUILEIA is one of the most important archaeological sites in Northern Italy, with the beautiful Roman basilica and mosaics on the floor;  Suspended between the earth and the sea, GRADO rises in the midst of the lagoon, boasting over 1600 years of history, still visible along the narrow streets of the ancient roman castrum; The only example of a 14th-century fortified village in Friuli Venezia Giulia, VENZONE was razed to the ground by an earthquake in 1976 and reconstructed exactly the way it was in the Middle Ages. In the mountainous area known as Carnia, SAURIS, with only 600 residents, is Friuli Venezia Giulia’s smallest borgo, and also the highest, located at 1,212 meters. With German origins, Sauris, which is actually made up of five tiny villages, features Alpine-style houses in stone and wood. Residents still speak Saurano, the ancient language of their ancestors, similar to German. Make sure you try the famous prosciutto di Sauris! In western Friuli, the medieval village of CORDOVADO boasts a series of fascinating historic sites including a fortified area known as ‘Castello’ (castle), a Baroque sanctuary, an ancient parish church dating from the 15th century.  Tiny VALVASONE was founded by the Romans as it was strategically places along important communication routes. There are several worthy historic buildings, including the Castle, the Duomo, an ancient 15th century water mill. Just strolling through the ancient streets of Valvasone, among its arcaded houses, medieval and Renaissance buildings will transport you back in time. In CIVIDALE, part of the UNESCO World Heritage, you can visit ancient middle age monuments, and finally discover TRIESTE, magic city and fascinating melting pots of culture, a gourmand’s paradise offering wonderful Venetian-style seafood as well as wonderful antipasti, like prosciutto di Sauris, and organic white wines. Its historic cafés, art, heterogeneous architecture and enchanting sea

THE ROUTES OF THE WORLD WAR 1: some of the most treacherous battles of WWI took place in these lands. Go into the deep by visiting the open air museums, the theme parks and the Great War itineraries through fortifications, observation points that blend with nature in extraordinary landscapes.

Sip your way along the COLLIO, a wine region of Friuli's Super Whites Wine Area, focused on a small group of high-quality wineries. Here, you will find wines inspired with the tastes of Chardonnay, Malvasia Istriana, Riesling, Pinto Grigio, Sauvignon, Tocai and more—all inspired by the Celt, Roman and Austro-Hungarian influences in the region and resulting in a delicate and tasty recipe. There you can find among the most prestigious wines in the world.

Contact us for your trip to Friuli Venezia Giulia!